In a dystopian society in the near future, single people must find a mate within 45 days or be transformed into an animal of their choice.
Featuring Colin Farrell and Rachel Weisz

The music in the movie was probably the most fascinating aspect, or so I thought. When there was a chase scene, with Farrell and a woman who strongly reminds me of Ruby Rose, there was no music but during a surgery the music was so intense you would think the doctor was trying to disarm a bomb not do surgery on a patient.
The theme in this movie was also intriguing, the blurb says in the "near" future meaning this is "based" in what, 10 odd years maybe a wee bit more but not much, and to think it puts you into a society where you fall in love due to one common characteristic, or if you don't get turned into the animal of your choice. Farrell character decided on a lobster which I think is really quite an interesting choice because I know if I was asked what animal what I would want to turn into, I'd say maybe a Panda.
...
I just realized while writing that it is still pretty weird, all I know is I wouldn't choose a lobster because I am in fact scared of the deep sea... Anyway this movie uses some quite vulgure language but then you have to remember it is classified as a 15 so it is to be expected. I would recommend it so long as you don't mind dead animals...
If you want a movie where they defeat all the bad guys, go against the system and win, go and watch The Hunger Games or The Divergent Trilogy but as someone who as watched the movie, if that is what you are expecting this is not the movie for you. 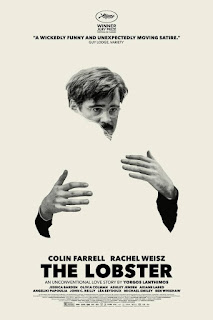 I took me just over a month to read this book, but in my defense I did stop a few times to to read other books like, Picture of Dorian Gray, Mockingjay and the Harry Potter Prequel (3 pages but still). It was fantastic! The way McDermid had written this book is outstanding, she knows what she is writing about and it makes the story brilliant. I am hugely fascinated by psychology as I am studying it as an A Level in 6th Form College. My mentor from school gave me this book saying it's gruesome but you might really enjoy it so I thought why not give it a go! (Thank you Mr. Kirk)
The way McDermid jumps from Tony Hill and the Bradfield police's perspective to the killers fantastic, in my opinion it keeps you on your feet and you are able to see what the poice are at that moment trying to work out. Some of the torture methods used by the killer though was really quite disturbing, and occasionally even giving me a funny tummy but those scenes never lasted long and it was intriguing to see Dr Tony Hill's progression, not only as a character but of his thought process while he was trying to get into the head of Handy Andy. 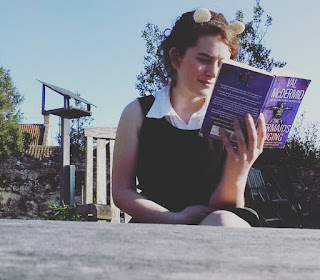