I had a free period so naturally I was playing David Bowie out my laptop while doing the Psychology homework that I should have done the weekend before. I was in the Media room and one of the technicians was trying to fix the Macs cause they are 9 years old and pieces of shit. The technician also known as Mr Austin (Nick) was helping my friend when suddenly he said "is this Death Cab for Cutie?" and obviously I got offended and said, "well no, it's Bowie." His reply was "Really it sounds like Death Cab for Cutie. You should listen to them." So I paused my music and opened up the good old YouTube and searched them, the first song I listen to of theirs was 'I Will Follow You into the Dark' I thought it was alright. I continued listing to them now I am obsessed, my favourite song are 'The Ghosts of Beverly Drive' and 'Cath...'!! 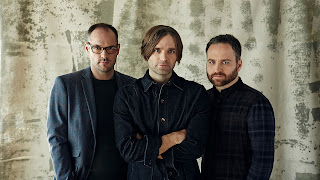